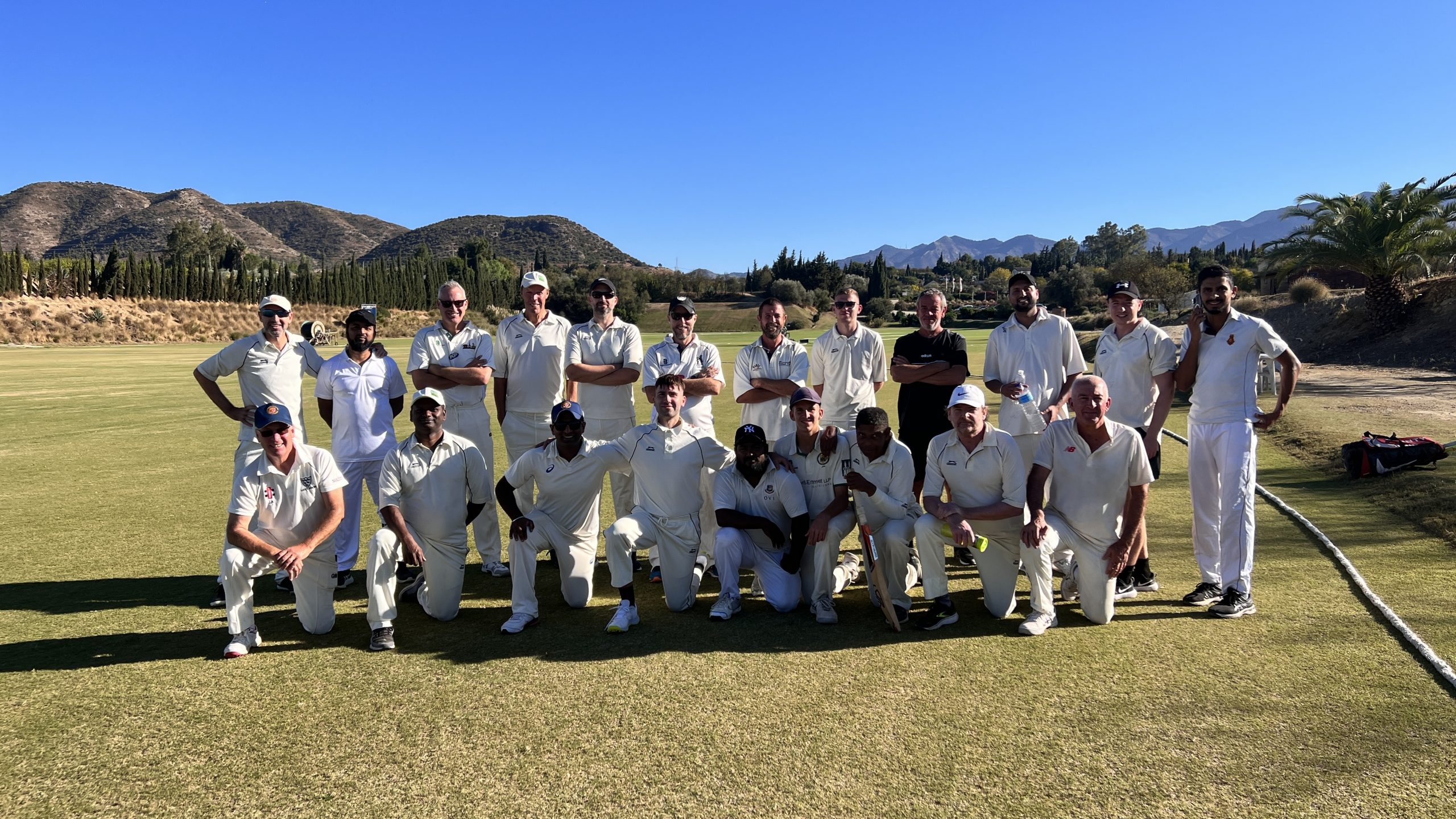 There was a buzz of excitement around The Cartama Oval on Sunday, a junior coaching session in progress, the newly formed women’s team practicing and the first game of the Southern 35 over Cricket League between Costa del Sol CC and Sevilla CC, about to get under way.

CDS won the toss and skipper James Riley asked the visitors to bat first. With the temperature creeping up towards the mid 20’s and the morning dew burning off nicely CDS took to the field.

The captain tossed the new ball to Jaime Riley and he and Harry Scott opened up the bowling, both getting swing and finding the edge regularly were unlucky not to pick up wickets. Sevilla’s opening batsman Anik Chowdry and Colin Howe dug in and got their side off to a good start and with the help of a few extras were cruising along at around 8 per over.

The change of pace seemed to do the trick for CDS and runs became hard to come by, Iggy and James both bowling good lines were rewarded for their efforts, First Chowdry then Howe.

Seville’s middle order kept the scoreboard ticking over with D Foster and Alex both chipping in with 20 and 25 respectively, but wickets continued to fall. P Gething dismissing Alex with a great catch from keeper Gurnam and Jaime coming back on from the other end to claim a couple more saw Sevilla bowled out in the last over for 182.

Sevilla’s opening bowlers K Manson and D Foster started well, but with the required run rate at only around 5 per over D Woodburn and Phil Hall decided to push ball into the gaps to begin the innings. Foster struck in the 8th over removing Hall with a sharp catch from keeper Alex, bringing Jaime Riley to the crease, he was in no mood to hang around and hit five 4’s and a 6 on his way to 29 before playing on from an awkward ball from Abu. Woodburn having done his job was next to go with a good catch from Abu off the bowling of Chowdry.

Harry Lubana and Harry Scott picked up where Riley had left off and hit the ball hard to the boundaries and when Lubana retired hurt on 52 off 17 deliveries, it was left to Scott and Shafeer to bring it home for CDS, which they did in the 24th over. Scott finishing on 23 not out and Shafeer on 13.

Player of the Match Many thanks to umpire and match official Phil Flaxman and our Match Day Sponsor – Fluent Finance Abroad in San Pedro de Alcantara.