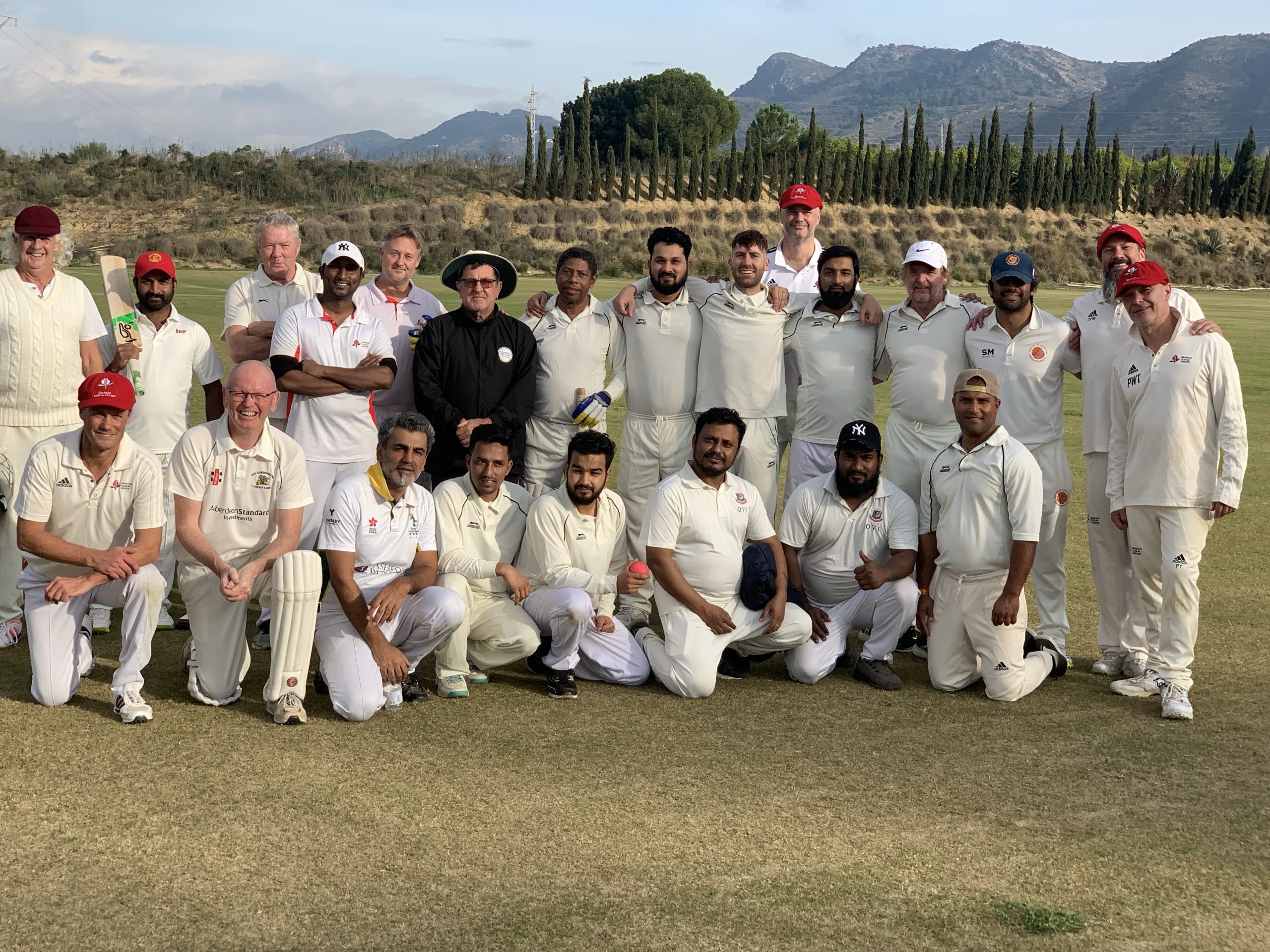 Granada CC won the toss and elected to bat

O’Brian and Cone opened the batting for Granada whose steady partnership saw Granada put 37 runs on the board after 8 overs.
However, it would soon come to an end with Sevilla CC debutant Arif taking their wickets in quick succession.

Los Nazaríes’ middle order was to put Los Naranjas in a spot of bother with an inspired Stanley Shanmugan proving his worth by scoring 61 runs.
Captain Todd Davey was also eager to impress and played some classy strokes to take his tally to 39. Unfortunately for them, Sevilla bowler Abu Nazim Uddin was on top form and dismissed them, the former caught behind by keeper Aditya Pandita and the latter bowled out.

Chowdhury and Dantis opened the batting for Sevilla CC.
They got off to a solid start with the latter batsman flicking an exquisite leg glance for 4 before succumbing to Davey’s effective bowling for 15 runs.

Chowdhury, however, was determined to stay in and displayed sound defensive skills as well as producing some superlative maximos on his way to 86 runs

He was supported by debutant Jausean who was unlucky to be run out by a superb piece of fielding by Phil Townsend who pulled off a stunning diving direct hit and Pandita who dug in and contributed 15 runs.

Granada fielded keenly and continued to keep the pressure on until the very end but could do nothing to prevent the partnership formed by Kanwar and Arif from securing a long-awaited victory for Sevilla.

Again, cricket the winner at Cártama Oval with the game being played in great spirit. Big thanks go to Southern League 2022/23 sponsor Fluent Finance Abroad, tournament organisers and umpire.

Thank you Granada CC for the game and being such a classy squad!

Man of the Match