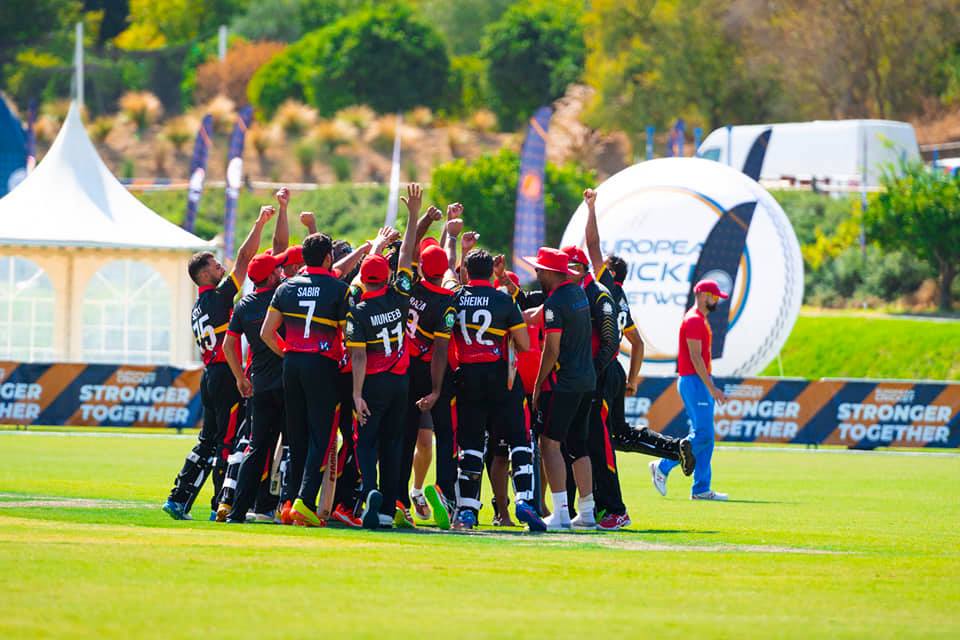 After 5 days of group A action, we learnt which two teams would make it to week 4’s Dream11 European Cricket Championship.
Congratulations

to the host team, Spain and Belgium who make it through. The last match of the group stages was between both these teams to see which team would progress picking up the bonus point on offer from the match. Belgium held on to beat Spain and go into the Championship week with that extra point.

Well done to all the teams, management, players, officials and ground staff for making this an excellent week.
In total 4050 runs were scored, 79% in boundaries, and 229 wickets fell.
More at: europeancricket.com
Photos courtesy of the European Cricket Networks photographer, Diana Oros-all rights reserved.